In 2018 the Gedenkstätte Berlin-Hohenschönhausen, a former STASI Prison now converted in memorial site, inaugurated “Der Rote Gott” (“The red god”), an exhibition on the cult of Stalin in the times of the German Democratic Republic. I produced the audiovisual part (film stations, interactive terminals), with a special accent on two huge video-walls that characterized the main room of the exhibition. 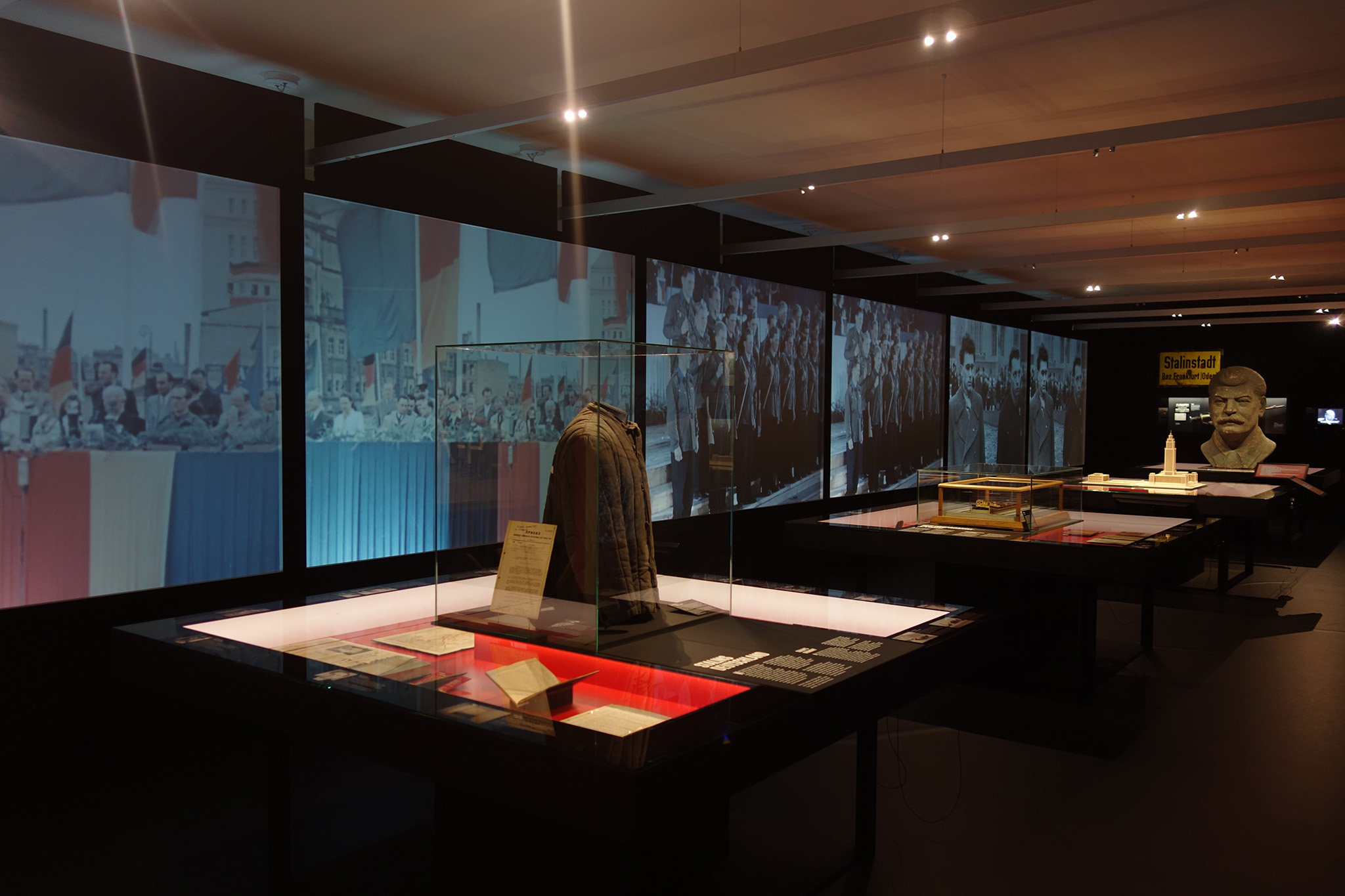 The retro-projected walls worked as dynamic scenery, a sort of open window on the whole context of the exhibition. Archive films were selected and edited into a fully synchronized “multivision”, so that the whole room changed into different thematic chapters all at once. While the point of this video-scenery was to provide context and not to drive too much attention away from the main exhibits, I cut a couple of more busy sequences, which made full use of the synced screen, moving images and clips around the room, to the rhythm of  a spatialized soundtrack (one speaker per screen) that gave the illusion of the big  masses of people that gathered for celebrations during the GDR. 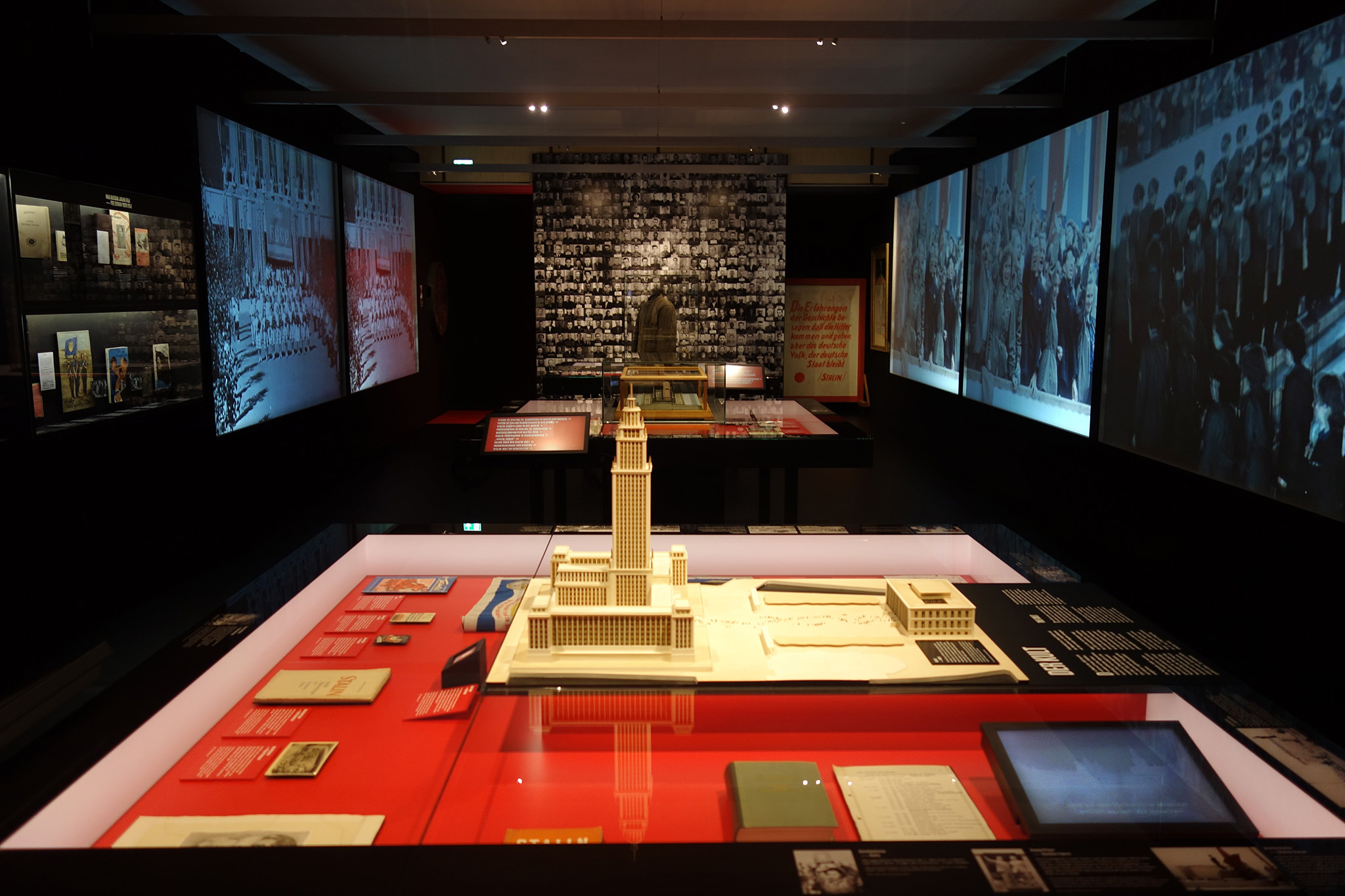 The tour was articulated in sections, marked with touch-terminals which offered a more curated choice of media content. Red was a key color, especially in the prologue of the exhibition, where the complete room was painted red. 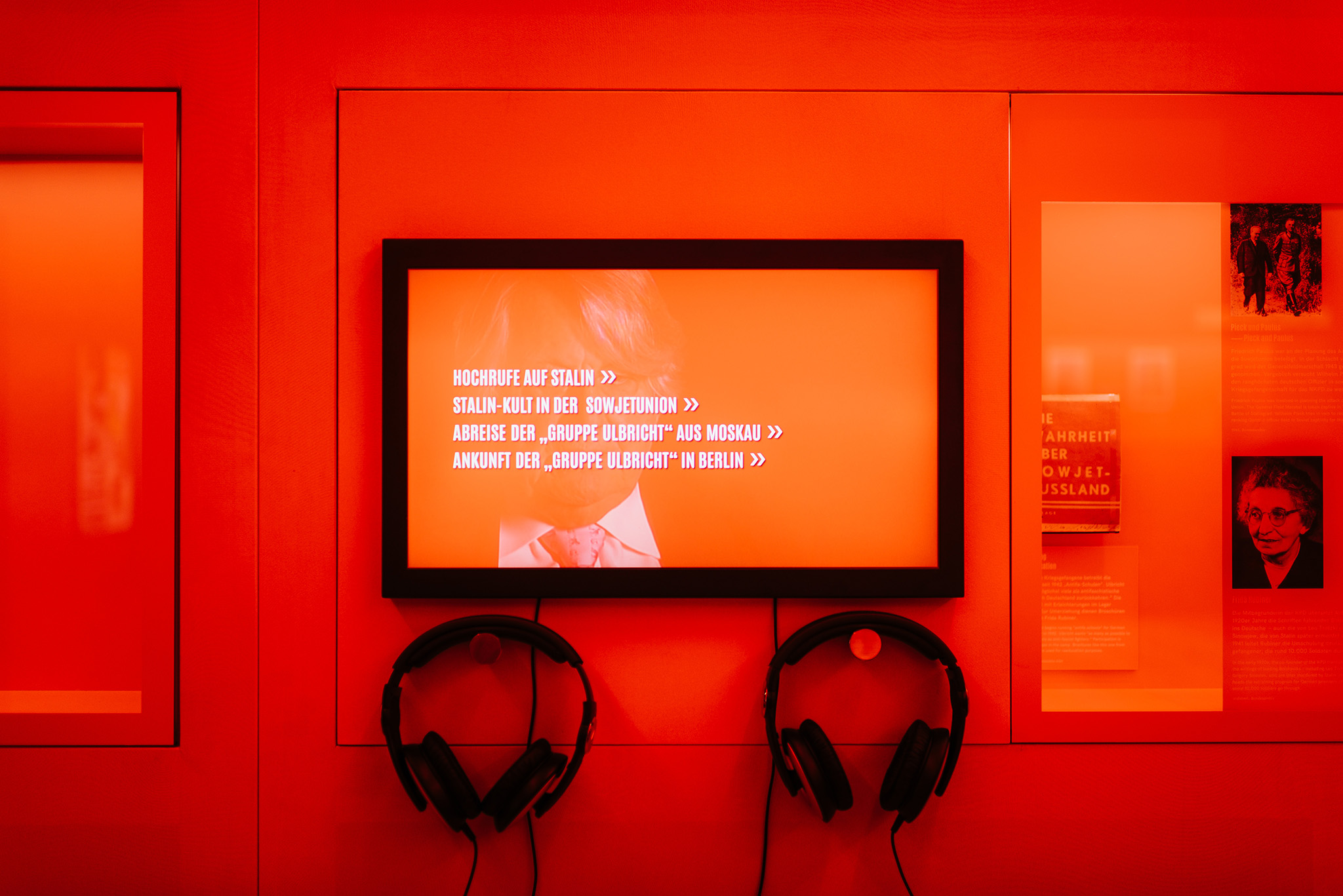 Stalin “himself” came to Berlin for the exhibition! While most of the propaganda statues were destroyed after his death, some still exist around the world: this one came from the remote Ulan Bator to welcome the guests. 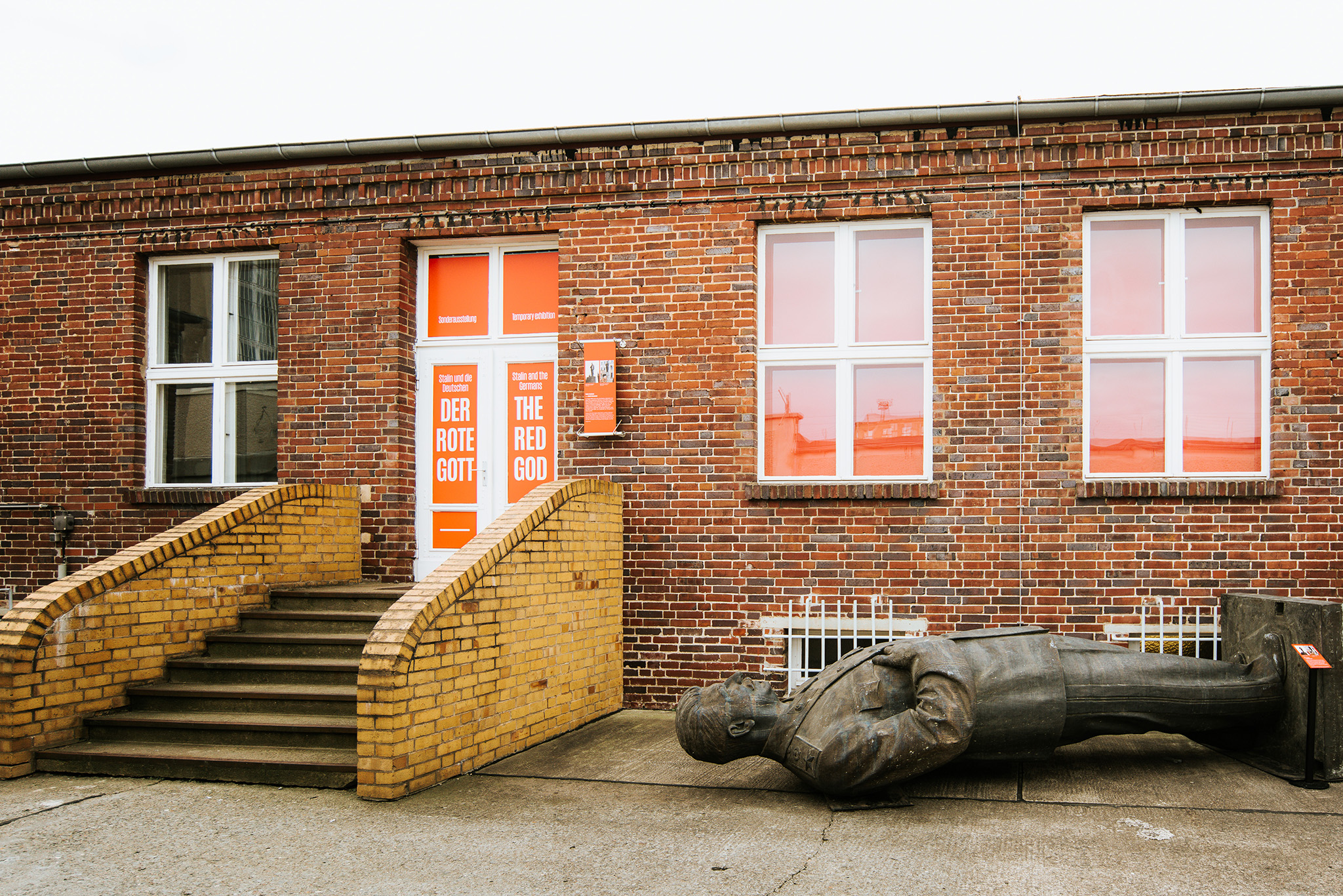