The permanent exhibition at the “Heinrich Schütz Haus” showcases the life and the works of seminal German composer Heinrich Schütz (1585 – 1672). For the exhibition I programmed the main interactive stations, together with overall audio-video production. 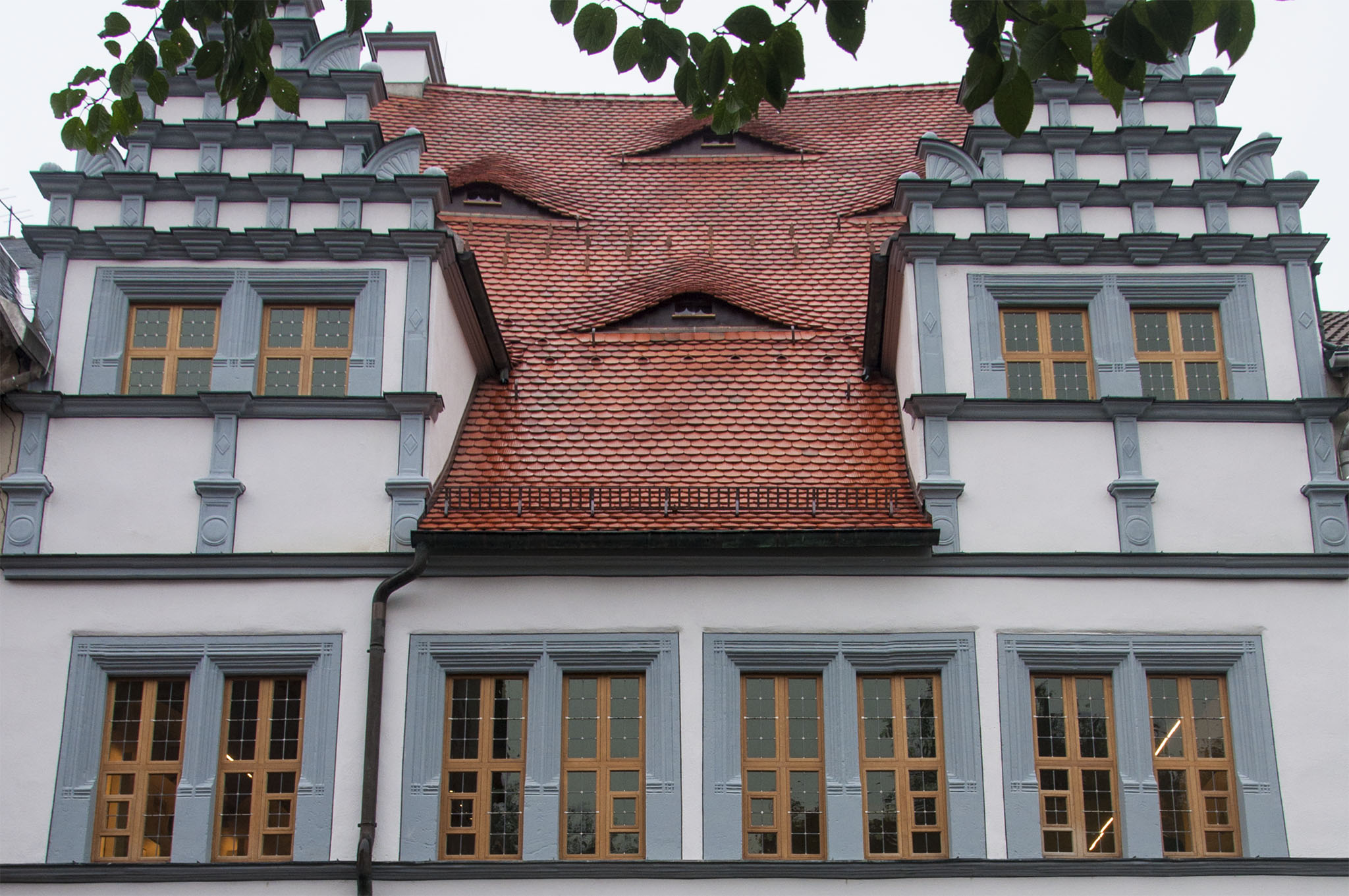 This is a project I enjoyed very much, as it obviously had a vast number of music-centered installations, and as it implied working on site in the wonderful house of the composer, in the small city of Weißenfells. The most interesting installations were the ones focused on Schütz’s use of polyphony. Commissioned recordings with isolated parts (Soprano, Alto, Tenor, Bass) allowed to show the inner workings of Schütz’s vocal pieces, like in this “Singing Music Stand”, where I created four scrolling scores (one for each part), that played in sync on the four sides of the stand.

A similar approach was adopted in this exhibit with original scores of a Motet: here I modified every drawer of the exhibit so that it worked as a mixing console fader, allowing the visitor to turn on or off each part of the composition.

More standard, but nonetheless very deep, installation included a Sofa with an embedded tablet, for which I did an application that allowed fluid navigation through the entire catalog of Schütz’s works, with included recordings, lyrics and comments.

Other interventions were subtler (controlled light and room soundtrack) leaving the focus to the original rooms and wonderfully designed cabinet, like in this “Komponierstube”: 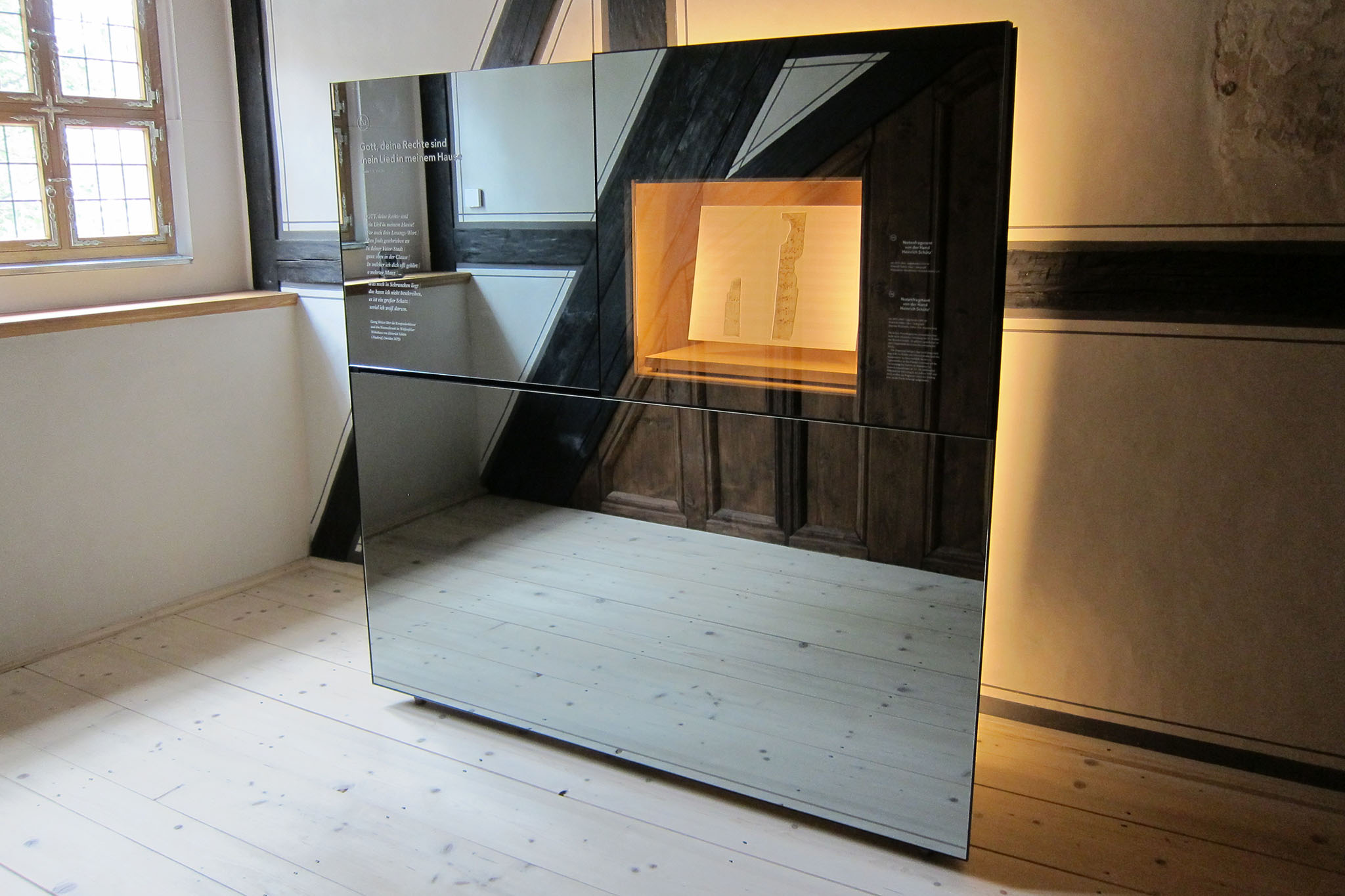 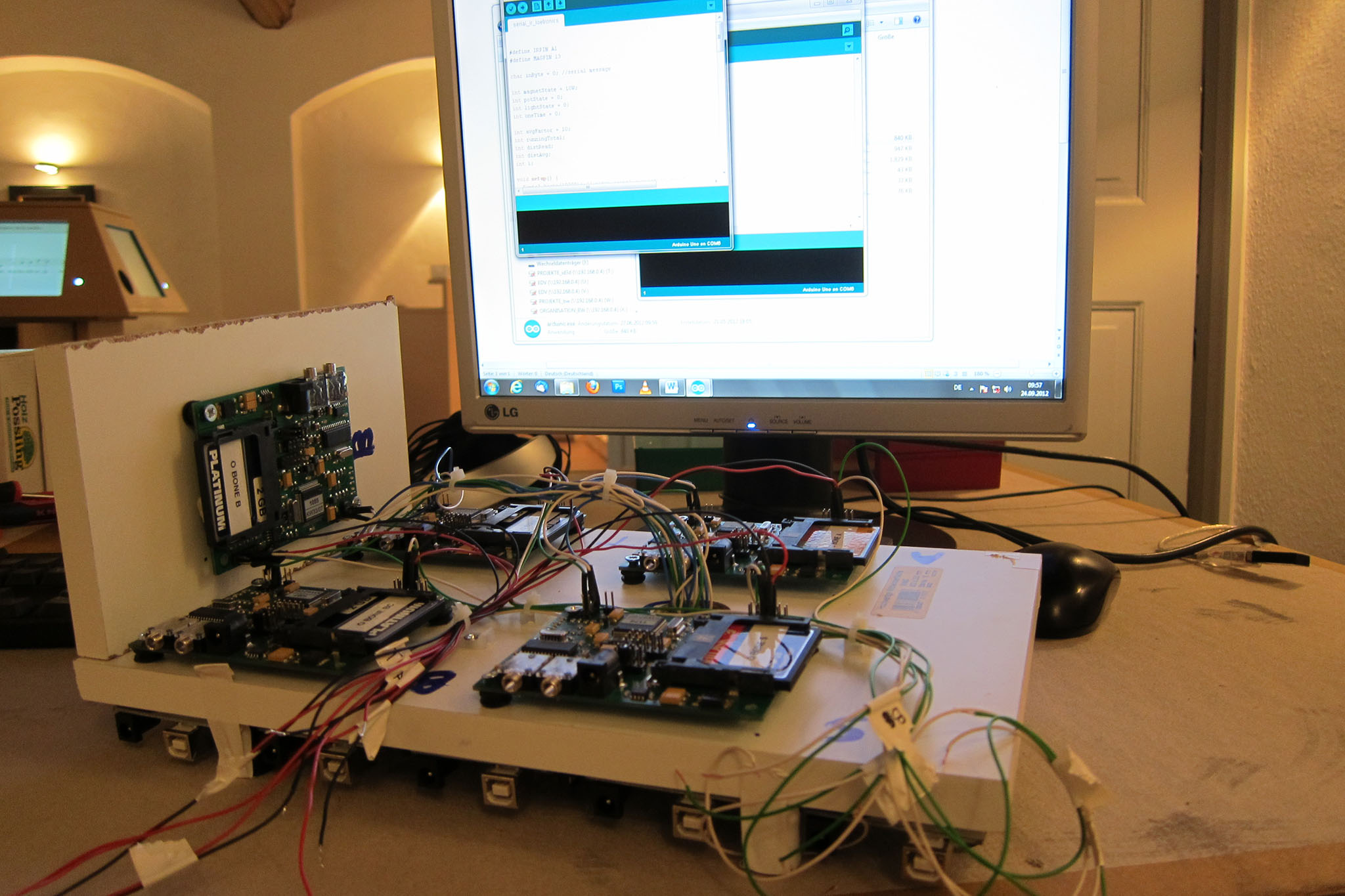 (It’s always nice when you close all the panels and the cable salad disappears! We were anyway proud having avoided computers where possible, in favour of embedded players and controllers, much more durable for a permanent installation) 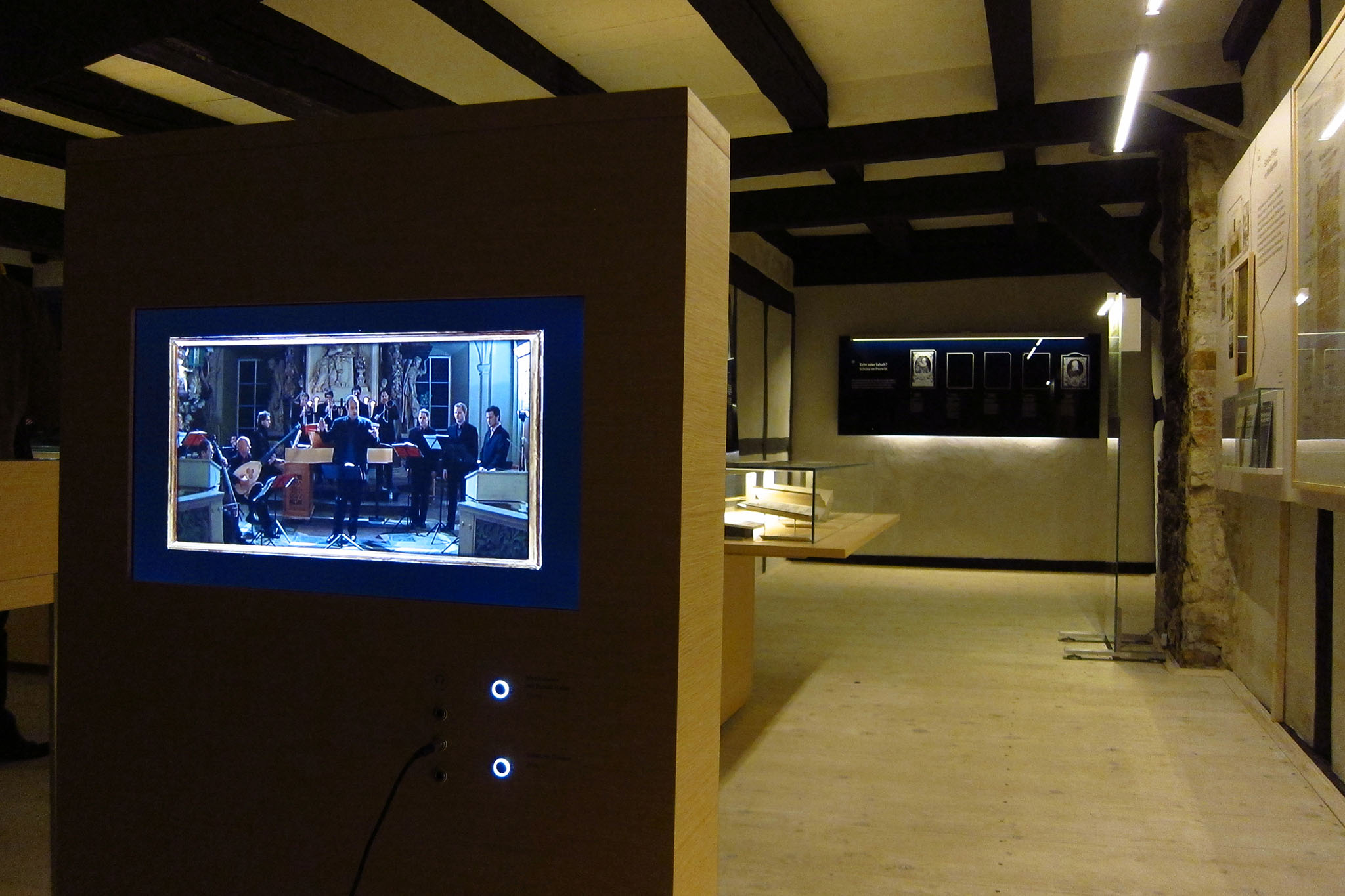