The atomic bombing on Hiroshima and Nagasaki in 1945 marked inequivocably the end of the Second World War. Such an incredibly brutal act of force broke definitively Japan’s resistance, and showed everyone else that the U.S. were the comanding superpower at the time. Russia watched concernedly and rushed to get its own nuclear weapons, preparing for the “Cold War” with U.S. in the following years.

In attempt to give account of this destructive episode, and of the historicals plots that lead to it, I created an immersive audiovisual installation for the “Potsdamer Konferenz” Exhbition in Schloss Cecilienhof, Potsdam. 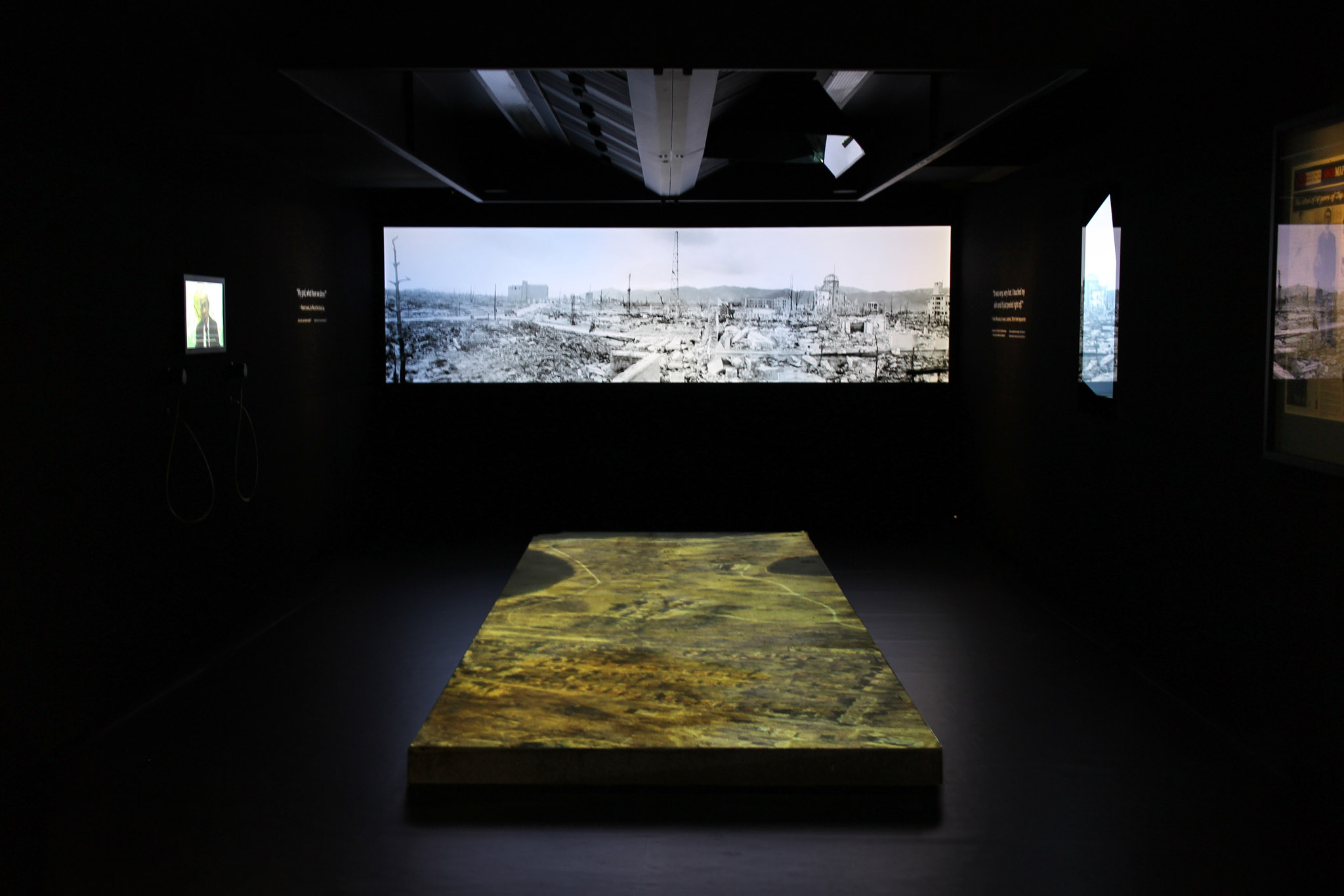 The installation is comprised of a main projected video placed in the middle of the room, on a pedestal made of worn-out concrete, which shows the chain of events that led to the first detonation in Hiroshima. Around the pedestal, different media play in synchronisation with the film: a monitor with interviews of contemporary witnesses, a big lightbox showing a photo of the city after the bombing, and a second projector that comes specifically in activity only at the moment of the explosion. A four-point sound system provides the matching soundtrack to the installation.

The assignment was to use only images and sounds, no words and titles, in order to make the installation comprehensible to all possible visitors. I chose to concentrate on the bomb itself, almost letting the bomb narrating its course, through the first phases in Los Alamos, as it was being created, to the last seconds in the sky over Hiroshima.

One thing that stroke me while researching for the film is that the bomb had indeed a kind of irreversible path: from the second it was sketched on paper, it somehow “had to be used”, as if even the main players (U.S. president Henry Truman for example) could not interfere in this progress toward violence. 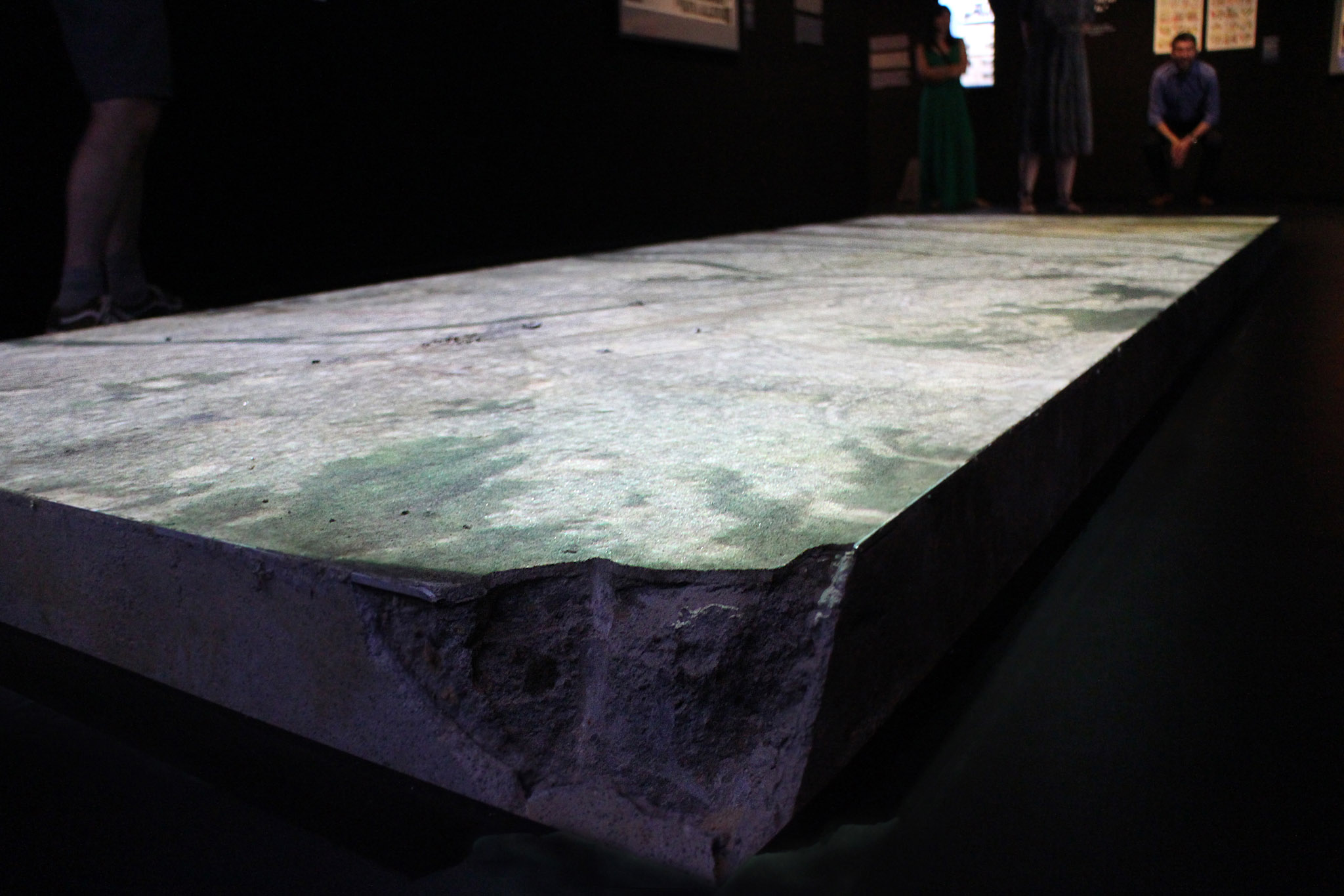 The 4m long concrete slab was an “Objet-trouvé”. It was actually part of the old kitchen of the castle, but when we visited the rooms for the first time we found it there, unrelated with anything else and looking like a relic. To me it looked fascinating, more like a monolyth or even a kind of altar, and instead of hiding it I decided to promote it to main scenographical prop for the installation. The fact that the visitor had to look down to see the video, allowed for interesting “views” in the film, like the one from the B-29 bomber above Hiroshima, that was recreated by Yokanima.

The more historical part of the film was done through archive films, researched and trimmed in order to give the most iconic visual clues of the main steps towards the final drop from the B-29. But from the moment the bomb detonates, the installtion goes much more abstract. The atomic explosion is showed, but the brutality and the destruction of this event are then presented on a more abstract level. At a certain point, it is almost as if the staging of these events is happening in our mind, a shock that must happen in our consciousness.