The Potsdam Conference is one of those turning points of the global history, in which an incredible tiny group of men set the fate for whole countries and population. Here, the “Big Three” (Churchill, Stalin, Truman) met in the Cecilienhof Castle in Potsdam, as the Nazi were already defeated and the II World War was ending. Sitting at the round table they reshaped Europa’s borders and set the path for the final act on the Pacific front: the nuclear bombing on Japan. 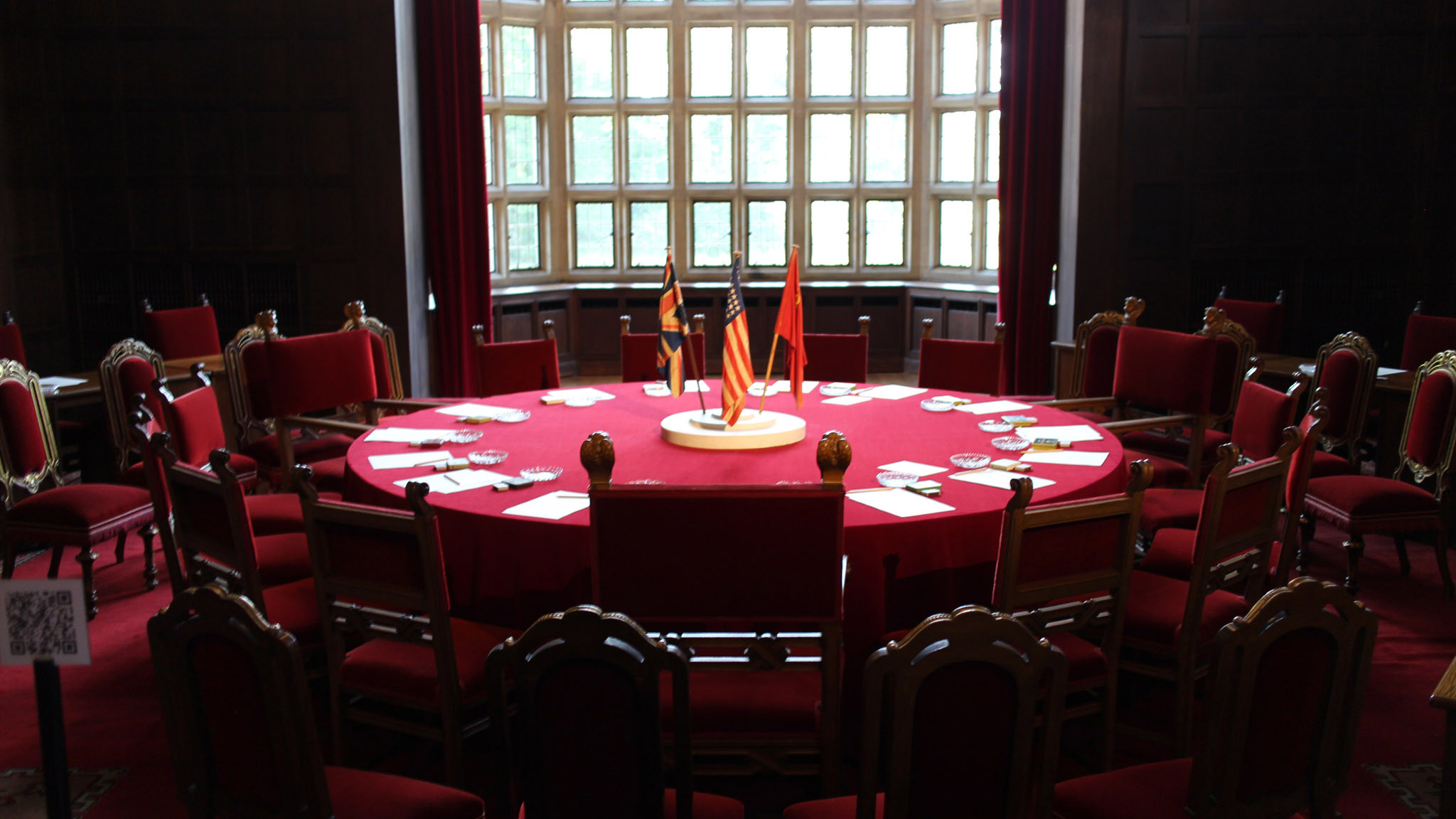 And to understand this dense moments, nothing coud be better to go in the same castle in Potsdam, and see the original places complemented by an historical exhibition that gives the proper amount of information, context and anecdotes. That’s what “Potsdamer Konferez – Die Neuordung der Welt” (“The Potsdam Conference – The New Order of the World”) is doing! 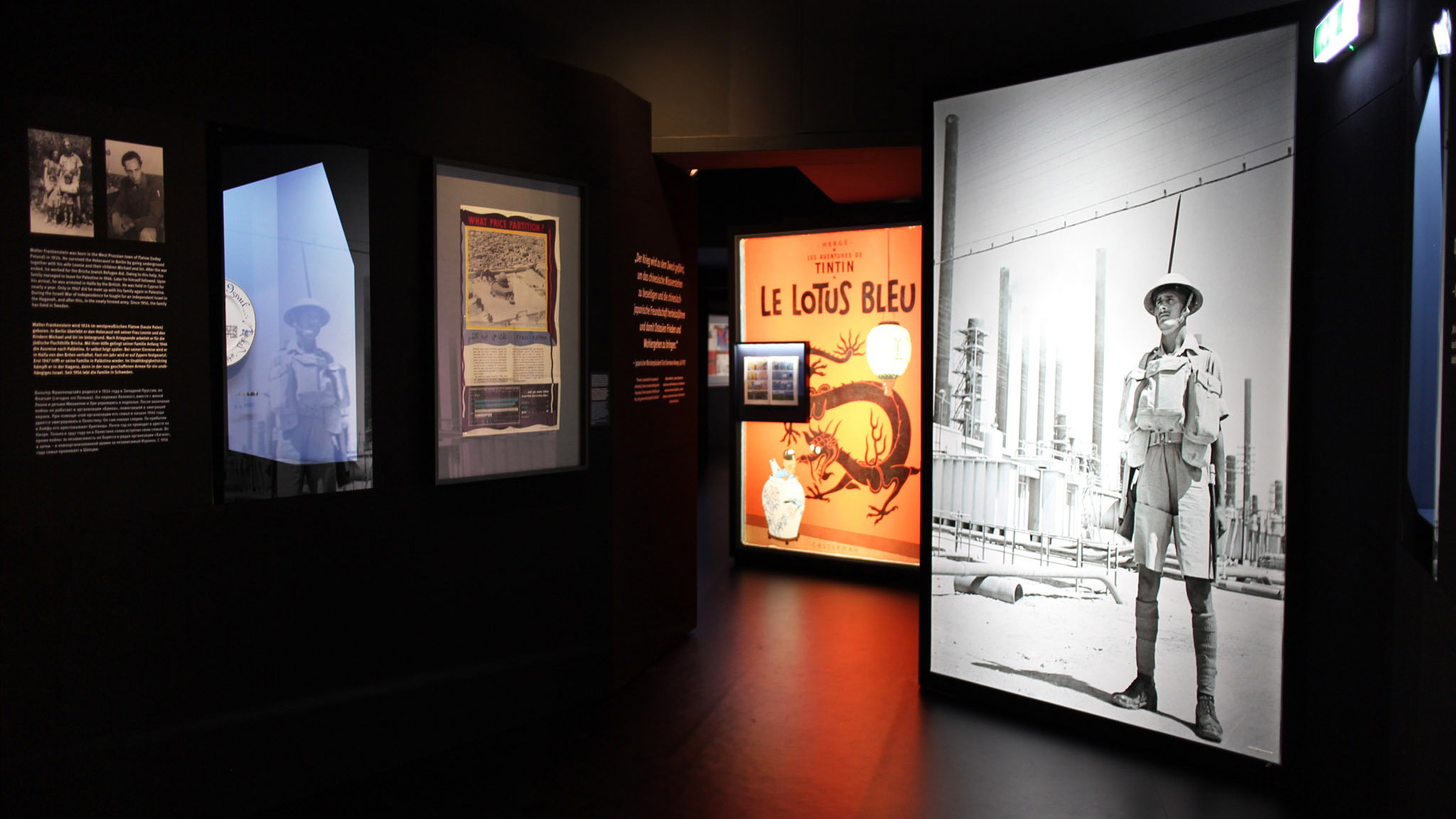 Produced during the uncertain times of Covid-19, the exhibition proudly opened as the lockdown softened and a ingenuous booking system allowed to minimise crowds. For this exhition I contributed with the original concept for the interior design, the production of all multimedia exhibits and the creation of the videoinstallation “Hiroshima 1945”.

As the more historical rooms (like the Conference Hall itself) were left almost untouched to preserve their aura, we got much more freedom for the final part of the exhibition, where we inserted a clashing, angular look that grabs the attention and carries also more interactive and multimedia content. 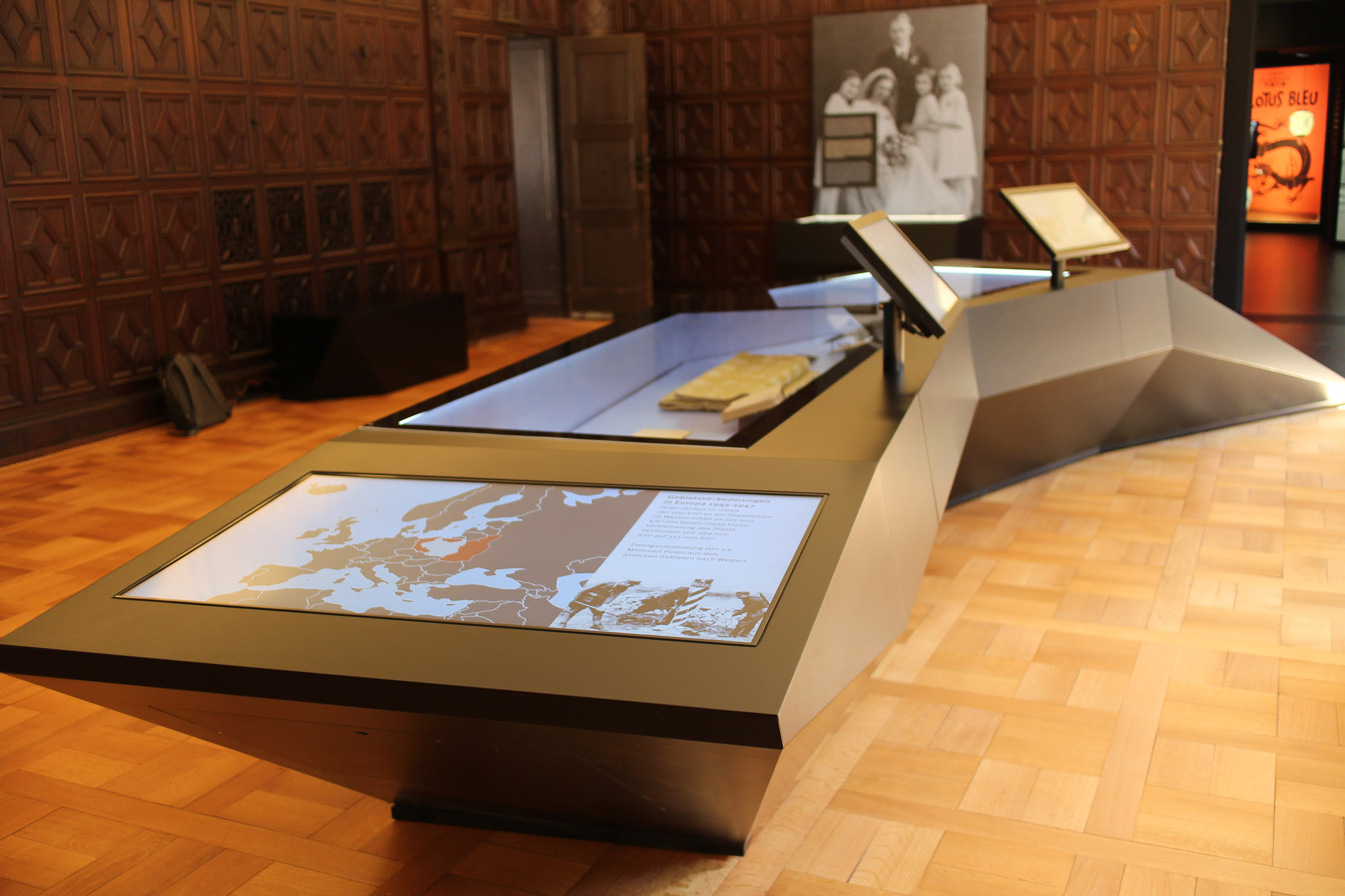 A conceptual “stripe” leads the visitor through the section dedicated to the pacific scenario, which marked the end of the war and the nuclear bombing. The black, slanting design allows for a contrasting and almost ominous feeling, but is also an efficient way to use to the fragmented rooms we had to work with. It also makes clear what’s the historical context (the castle’s walls themself) and what’s the newly introduced informative level. 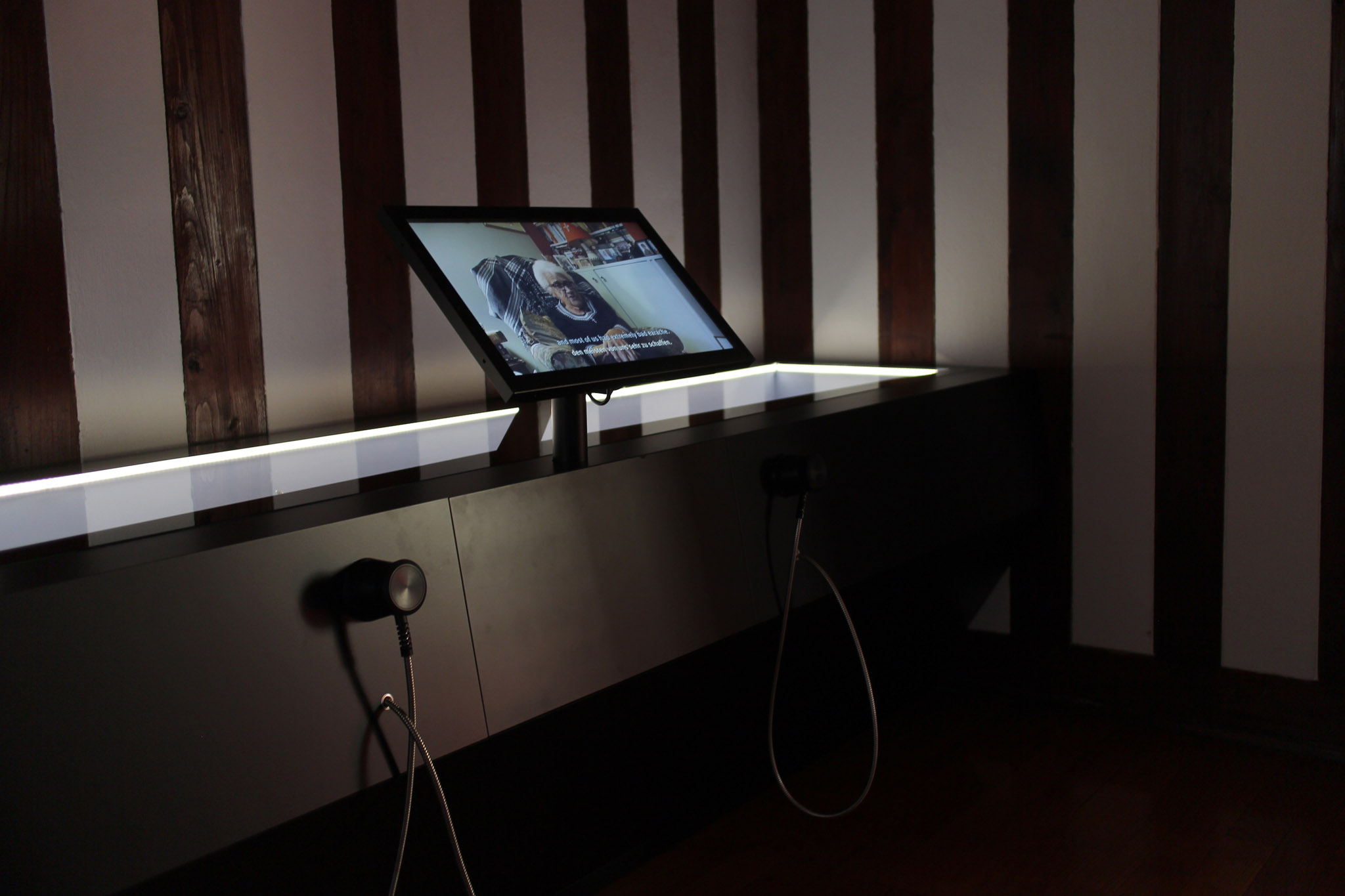 Multimedia stations are used unobtrusively through the exibition to present archive material, interviews with contemprary witnesses and to interact with the visitors, which are given the opportunity to chime in and say how the decisions of the “Big Three” influenced directly their families and their stories. 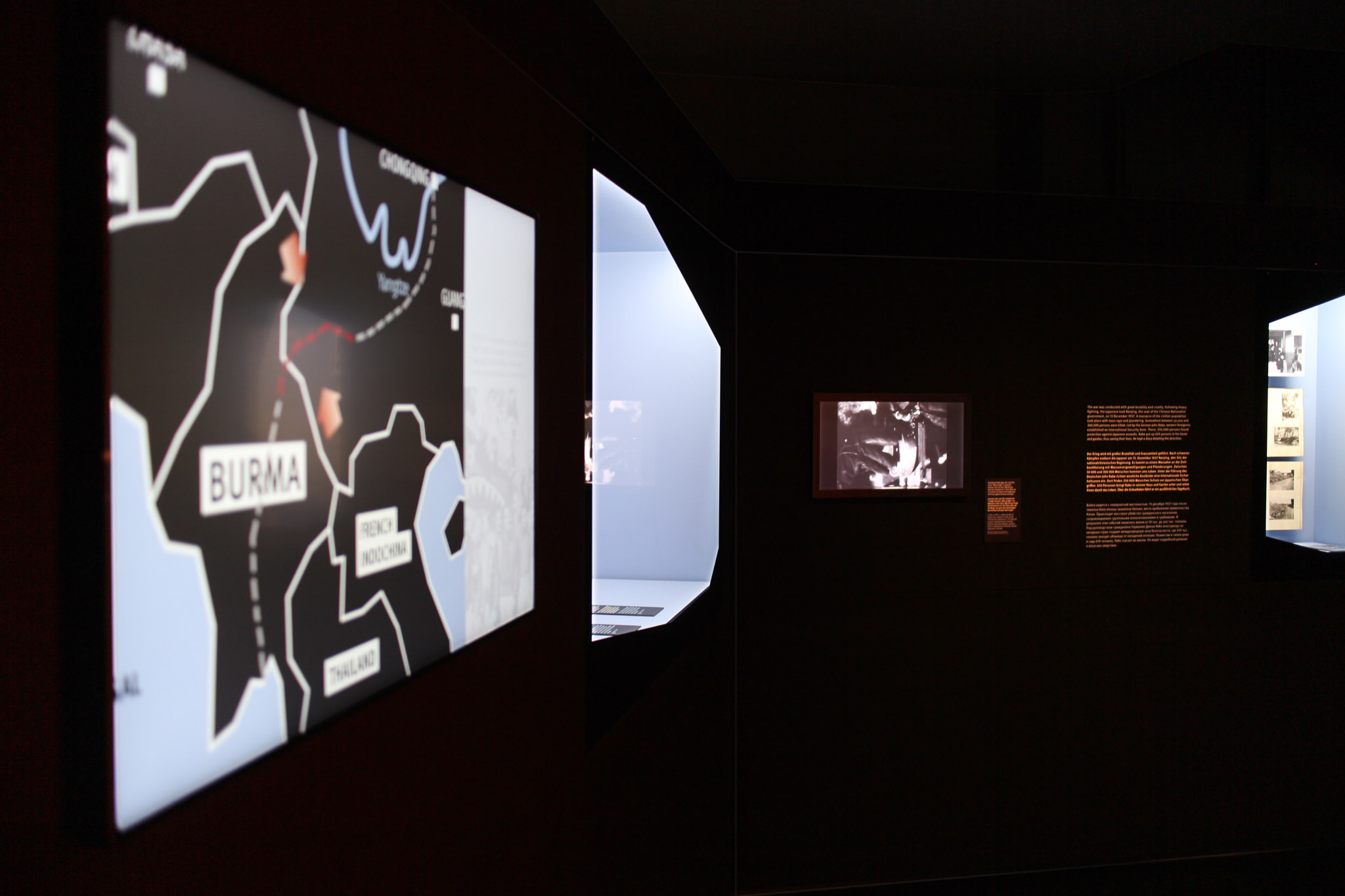 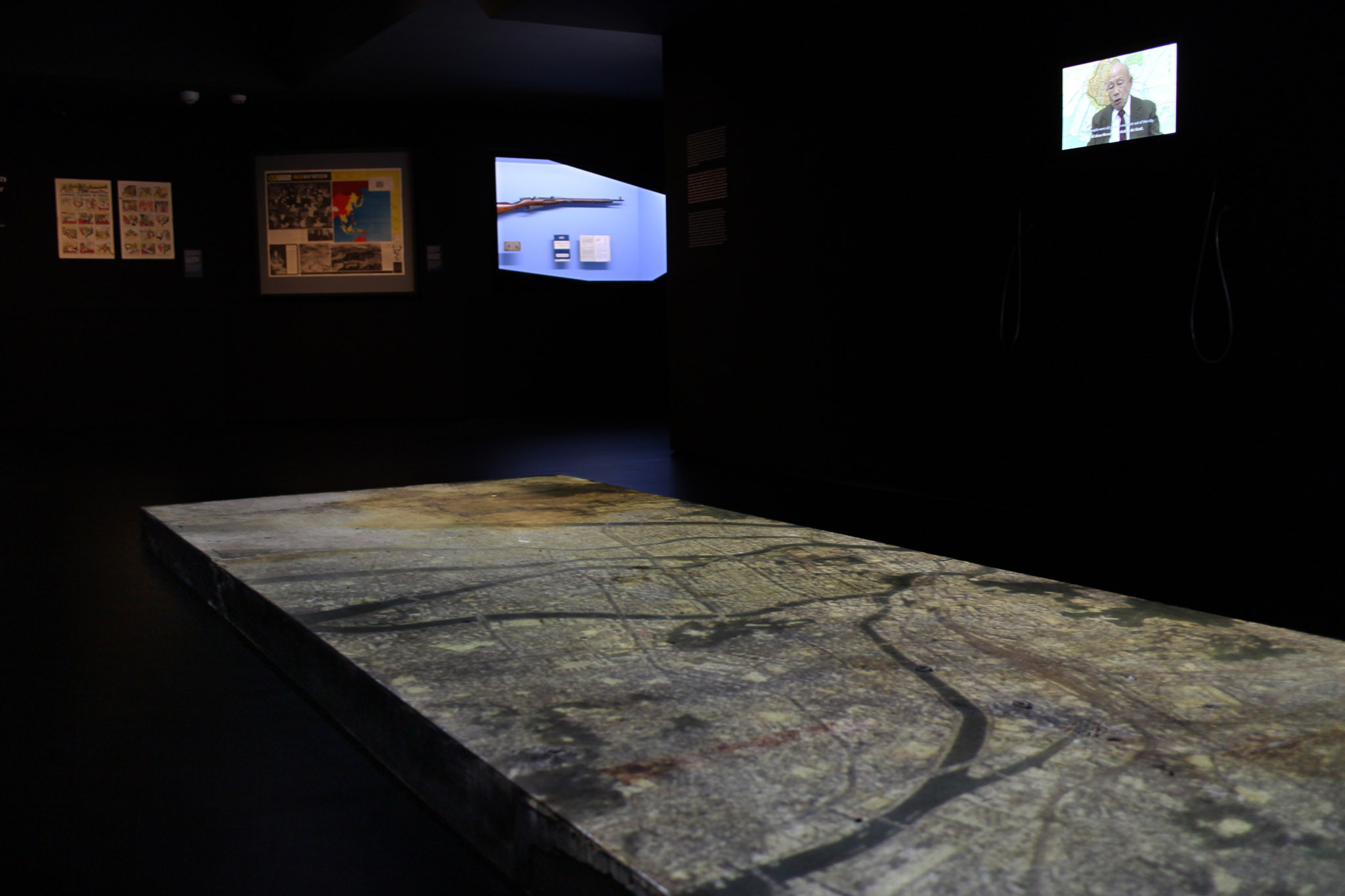 The videoinstallation “Hiroshima 1945” is a final climax in the route, and I had the great opportunity to work with a very focused video and audio environment. It’s consisted with the rest of the show but gains its own autonomy in the space. I am doing a specifico post about it with some video documentation. 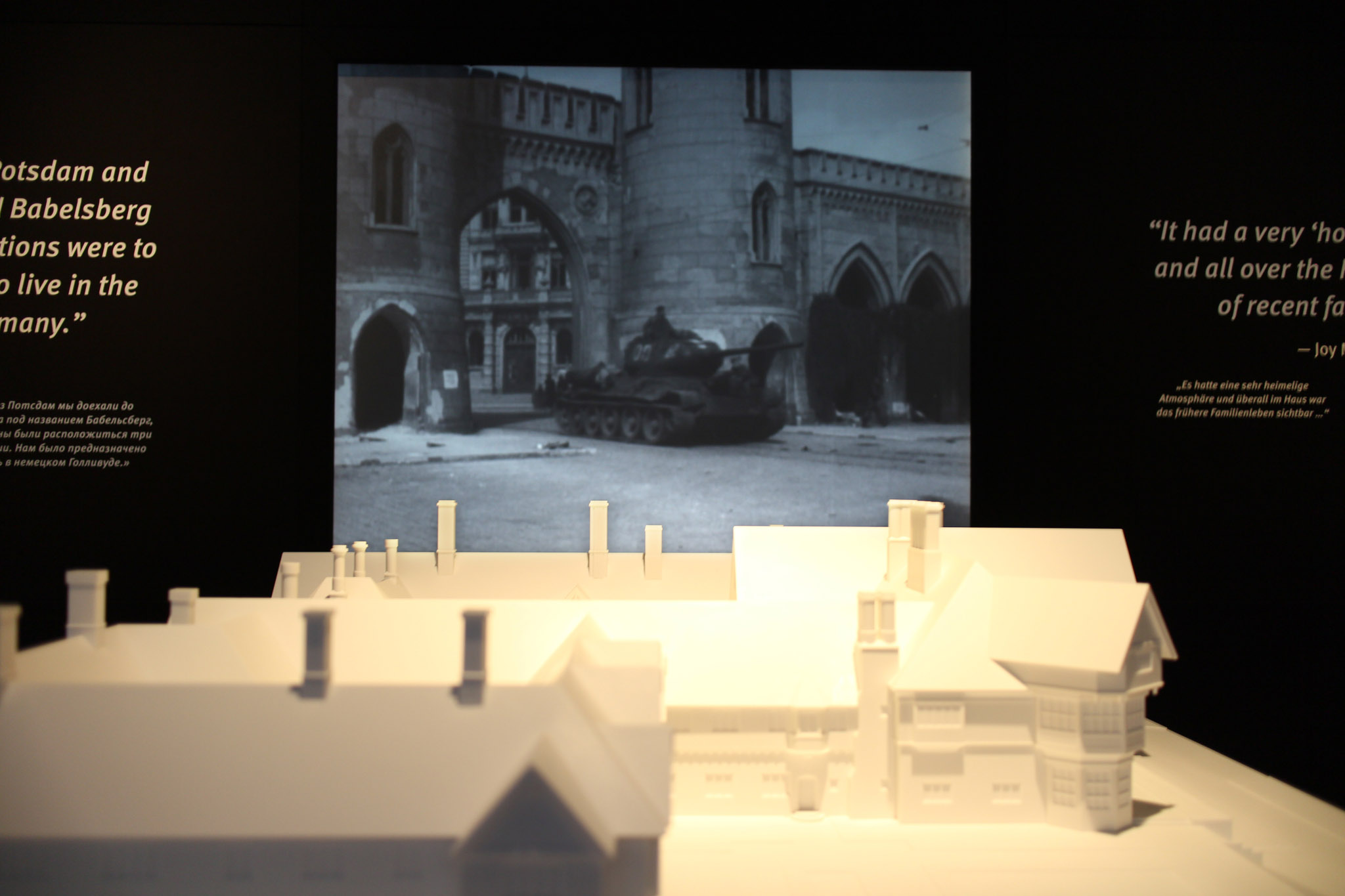